RJ Abella enters his sixth season as assistant coach and recruiting coordinator for the Gamecocks, working with the program since its inception.  Abella came to Carolina in the spring of 2013 as assistant coach for both the indoor and sand volleyball programs and made the transition to full-time beach volleyball assistant in the spring of 2015. He was named to the American Volleyball Coaches Association's "30 Under 30" list in 2014, recognizing 30 rising coaching stars at all levels of volleyball who are under 30 years old.

Eduardo joined the Buffs after spending four seasons at the University of Denver. In 2016, he served as the director of operations and from 2013-16, he was a volunteer assistant coach. Eduardo, who coached three seasons at Denver, was part of three straight Summit League Championship teams and three consecutive NCAA Tournament appearances for the Pioneers. Eduardo has been a coach at the collegiate level since 1997, spending time at five different universities. Eduardo was at Arizona (1997), Cal State-Dominguez Hills (1997-98), Louisiana-Lafayette (1998-99), North Carolina State (2006) and Denver (2013-16).

I had a blast recording this show and I know you'll take away a few GREAT things from it!

You can catch up with RJ on twitter at @CoachRidge and Eduardo at @EduardoCoaches or at his website at EduardoCoaches.com

In addition to those social mediums, you can head over to AdamRingler.com/Newsletter and sign-up for my weekly newsletter. This is a newsletter for the curious. It's chalked full of interesting articles I've read through the week, things I'm exploring and finding fascinating through my week, and a collections of thought experiences and resources I've cultivated. It's essentially a Birchbox for performance-related articles and musings.

If you are looking to help grow and support the Decoding Excellence Show, navigate over to Buy Me a Coffee. Buy Me A Coffee is a an easy & fun way to support the show. For the price of a Grande Latte ☕ you can support the show and help us maintain the quality of the content.

One hundred percent of the contributions go directly to supporting the hosting fees associated with operating this podcast. As always, thank you for supporting the Decoding Excellence Show!

If any of the material resonates with you, I'd love for you engage with me at @AdamRingler

Thanks again for listening to the Decoding Excellence Show! I appreciate all the support growing this Sport Science, Strength & Conditioning, and High-Performance Coaching resource. If you have taken anything away from the show, please login to iTunes and navigate to Decoding Excellence page and leave us a review. 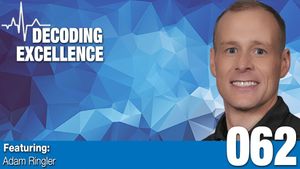 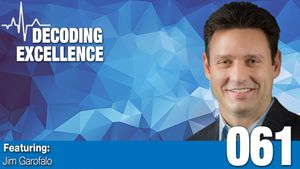 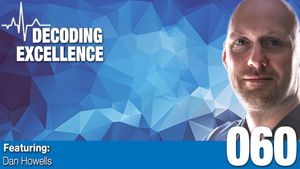 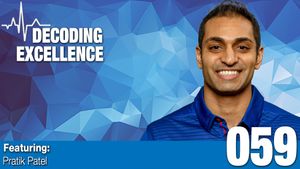 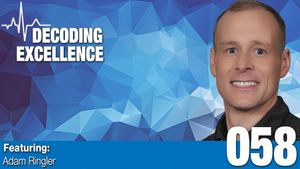 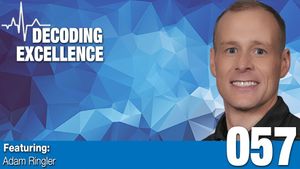